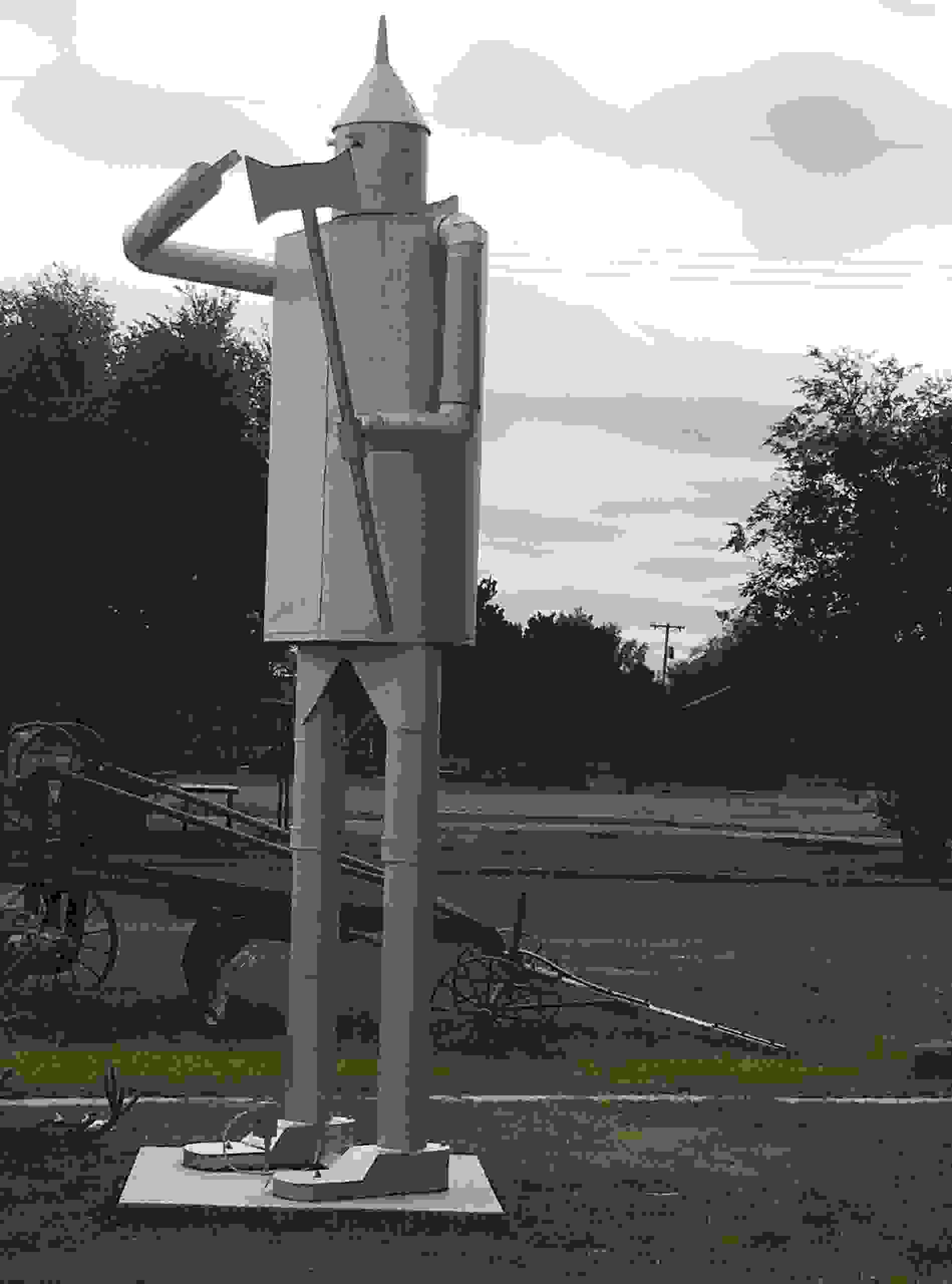 The Tin Man greets visitors to the museum

Weighing in at 750 pounds, standing 13 feet tall, the replica of the Tin Woodman from the Wizard of Oz greets visitors to the Cimarron Heritage Center. His has a 1/30 horsepower motor that runs his arm so he could wave a greeting to those that pass by. The motor never did work quite right and gets hot so he no longer “waves” at the museum location. His story is an interesting one to be sure.

Built in August 1989 by John D “Pete” Morris with the help of his son Bruce Morris, the Tin Woodman was originally an attraction to draw visitors to the Morris’ Log Cabin Corner café and gas station located 6 miles south of Laverne Oklahoma at the intersection of Highways 3 and 283 until approximately 2006. It was then purchased by Richard Smith and relocated to Pueblo, Colorado.

Mr. Smith had paid a visit to the Cimarron Heritage Center and while here, he visited with Museum director/curator Jody Risley. Mrs. Risley had mentioned how she wished she had known the Tin Man was for sale as she would have liked to have acquired it for the Museum.

In 2011 Richard Smith decided to relocate and he remembered the conversation with Jody and contacted her. The Cimarron Heritage Center board of directors decided to purchase the Tin Man and he made his way back to Oklahoma to the museum.

The return to Oklahoma was made possible by several people to help move him and install him in his current location in front of the museum. Phyllis and LeRoy Randolph went to Pueblo to bring the Tin Man home.  Mike Barnes with Boise City Body Shop lifted him into place while LeRoy Randolph and Fred Risley assisted in placing him on his concrete pad. Tri-County Electric Cooperative serviceman Ray Damron connected the Tin Man to the electricity for his arm motor and Museum Volunteer Alton McCune had prepared the concrete pad and coordinated the efforts along with repairing the Tin Man’s hat which was badly bent.